After the successful Processing Workshop in February, we started on 09.03.2019 with a new workshop “3D Modeling and 3D Printing”.

After a brief presentation by Piet and Thierry, all participants immediately had a better understanding of the whole process. It’s far less complex than it looks like! 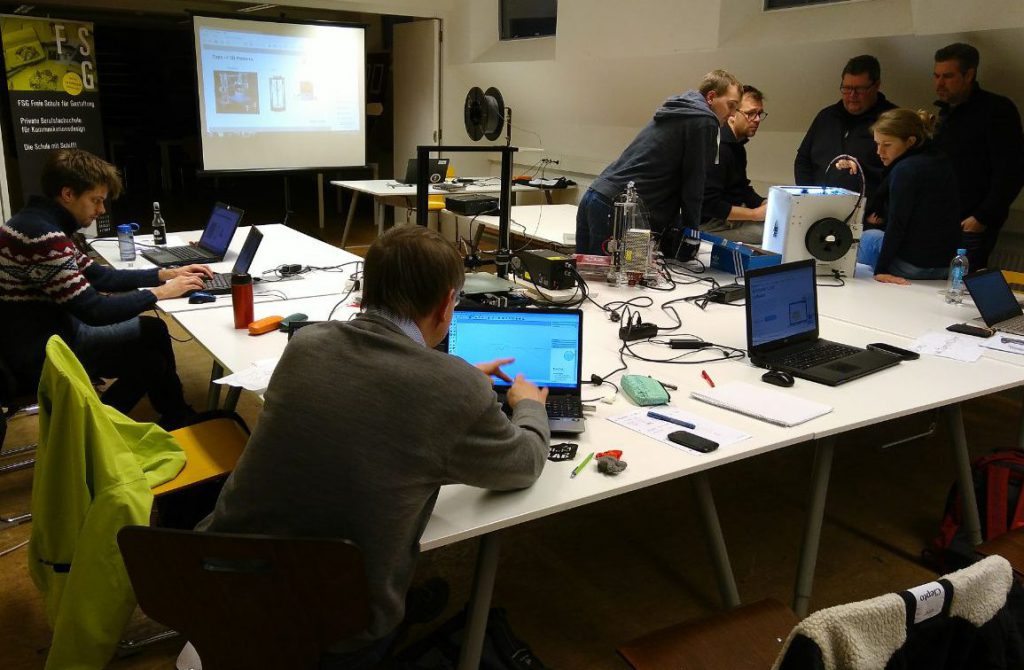 The goal was also that everyone thinks about what he wants to model and print, and then take it home directly afterwards. That could either be a spare part needed for anything broken, or a purely artistic idea – there are were no limits.

Of course, the participants could install the modeling software on their own laptop. Some had some experience, others were complete beginners. But after a few clicks, successes could alreafy be seen.

Then came the exciting moment: the virtual model becomes reality! No matter how many times you have seen it, 3D printing remains somehow “mesmerizing”. You can just watch for minutes how the object takes shape layer by layer. 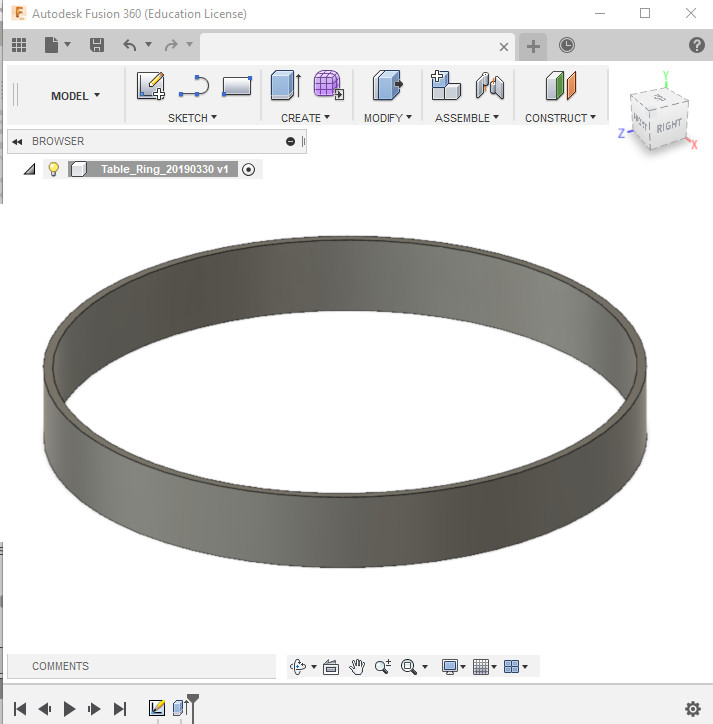 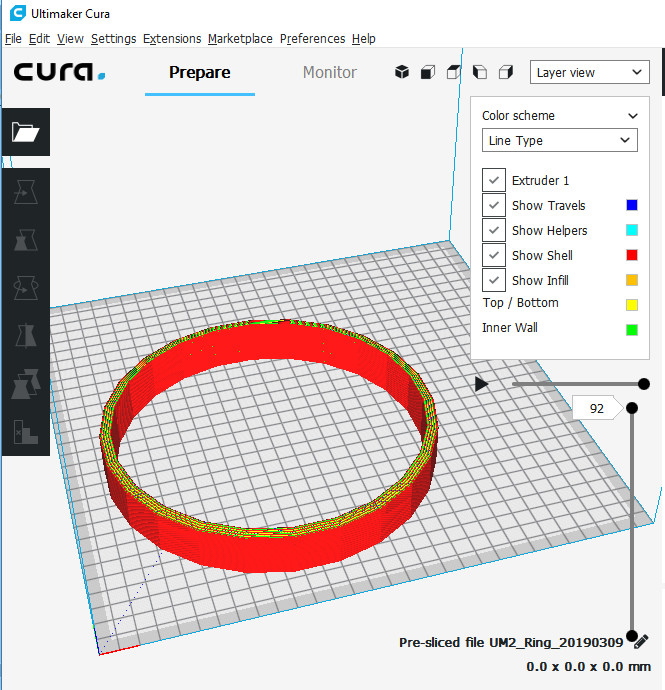 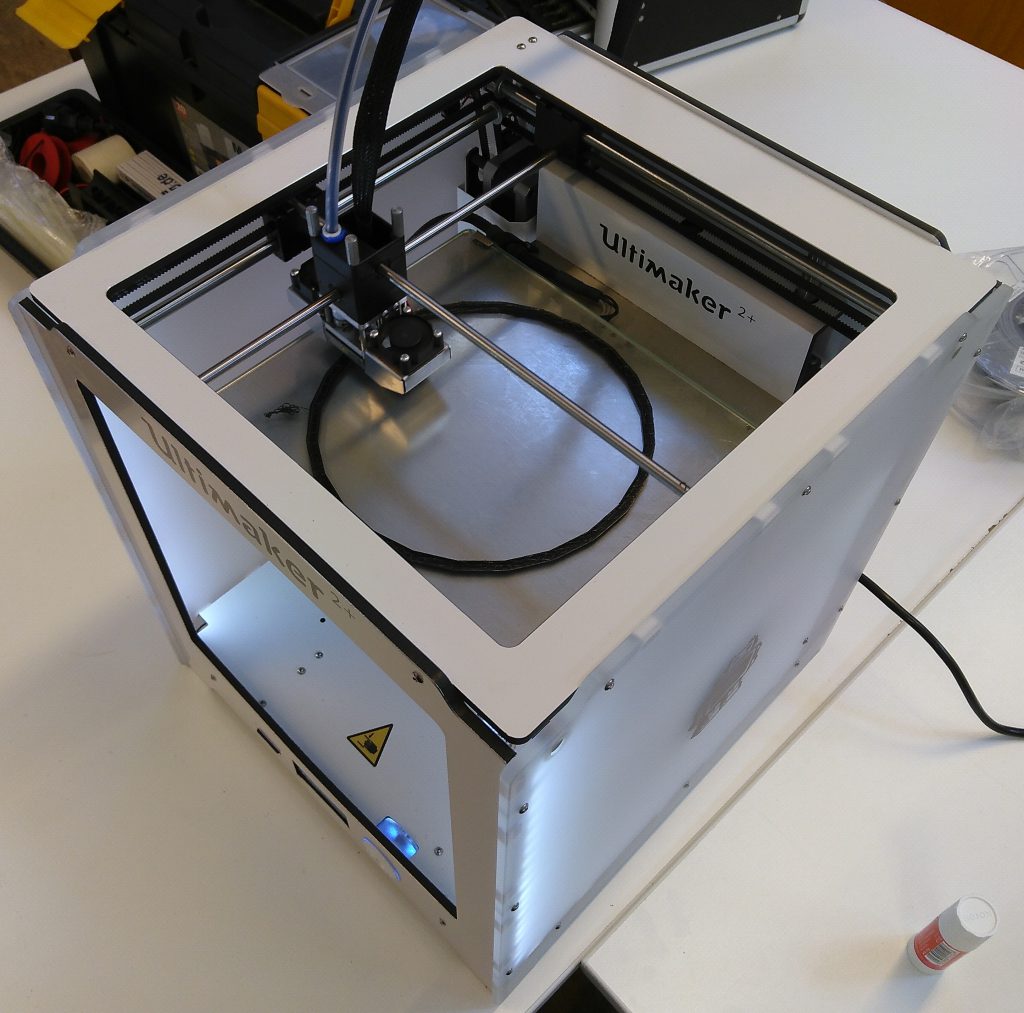 For example, Christina needed a cover for her table at home. After she had all the measurements, she could quickly produce the suitable part herself. 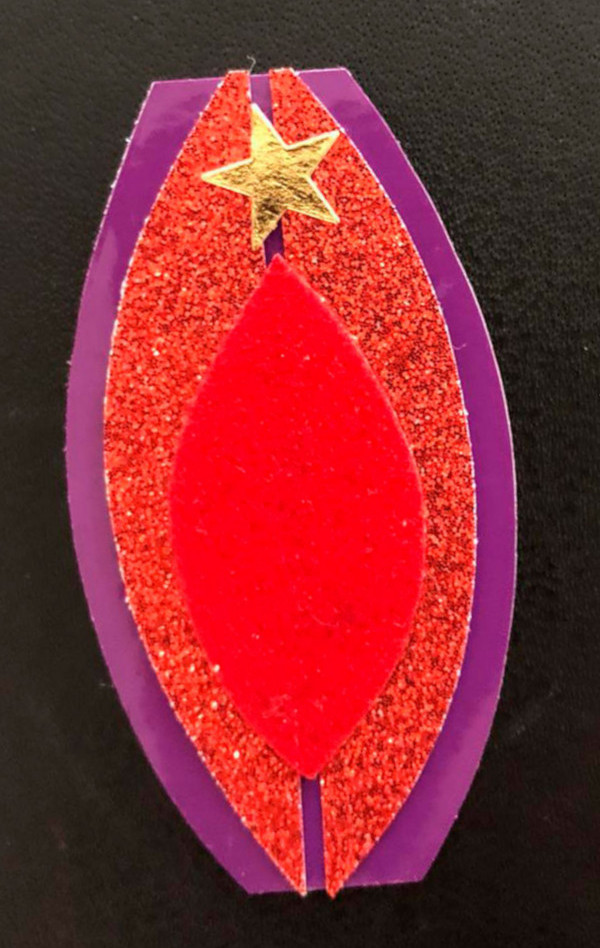 Mariagrazia, Aida and Alba wanted to print a 3D version of the logo for their new project: “Chuminow”

A video of the entire print can be found here 🙂 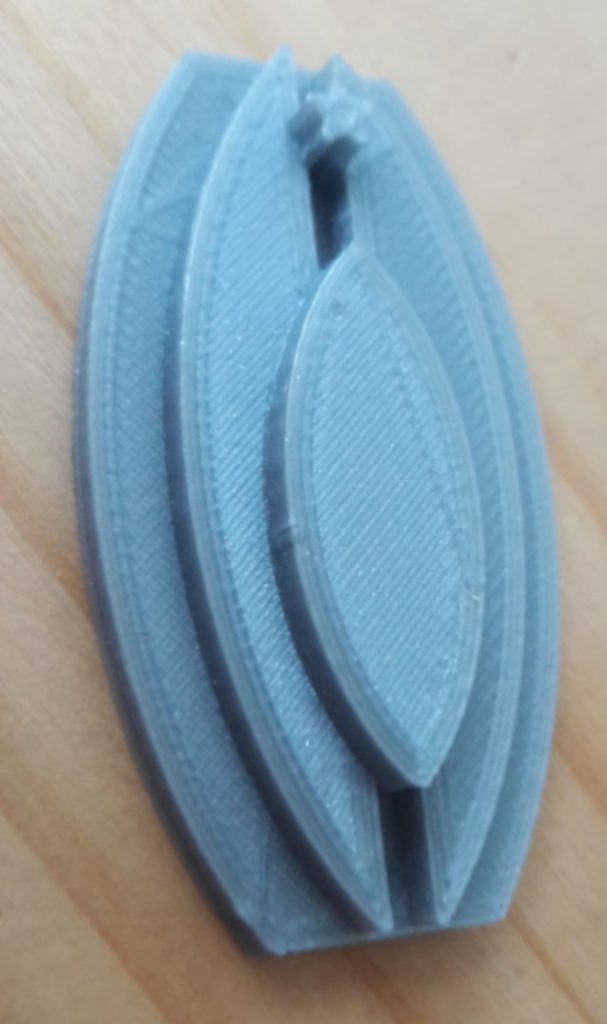 Gerd Jürgen had a very special wish: As a railway enthusiast, he owns numerous miniatur trains. One of them is missing the substructure. Since he found the construction drawings online, he was able to patiently model the whole part . Every detail was important, as the printed part had to fit exactly with the existing body. The final result looks great! (Next he wants to produce a complete locomotive :)) 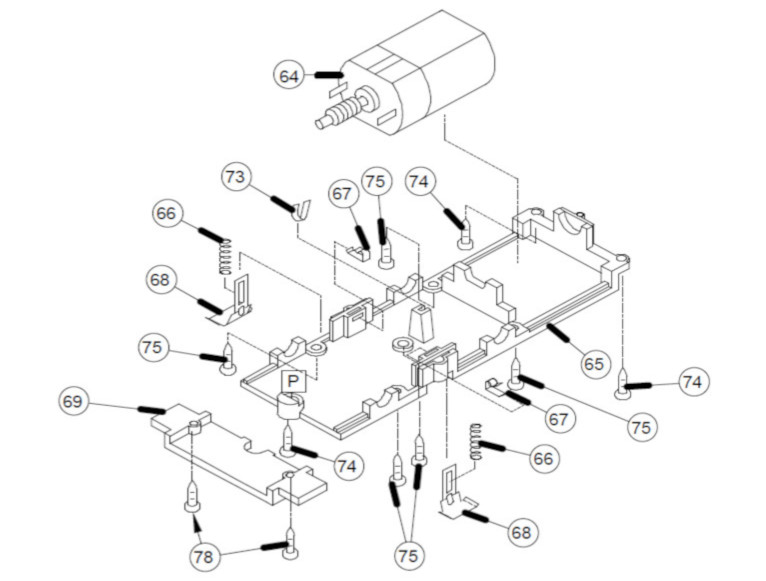 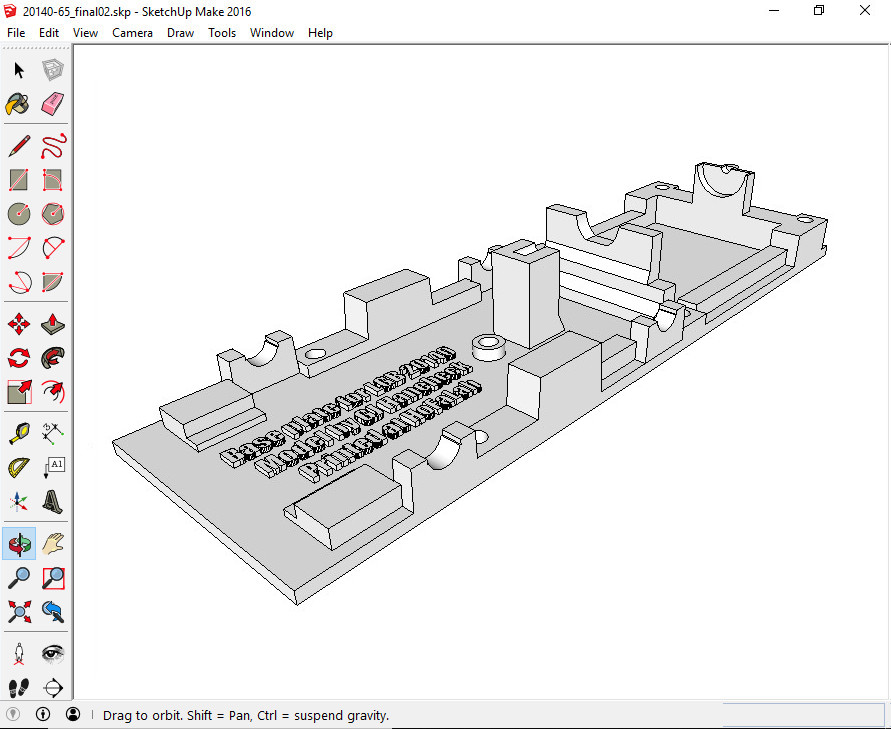 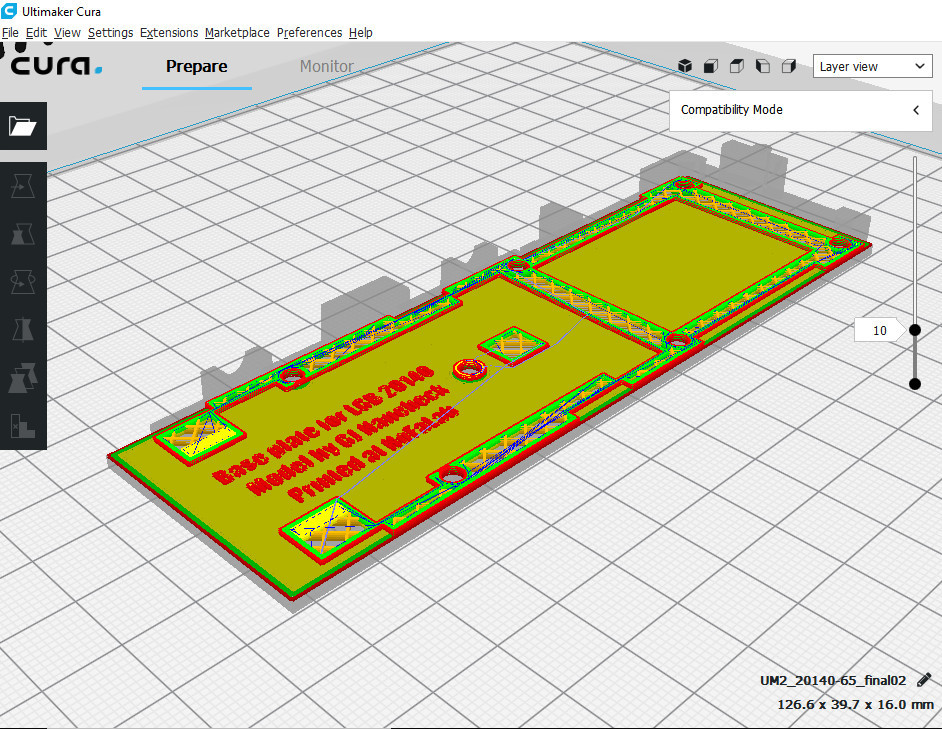 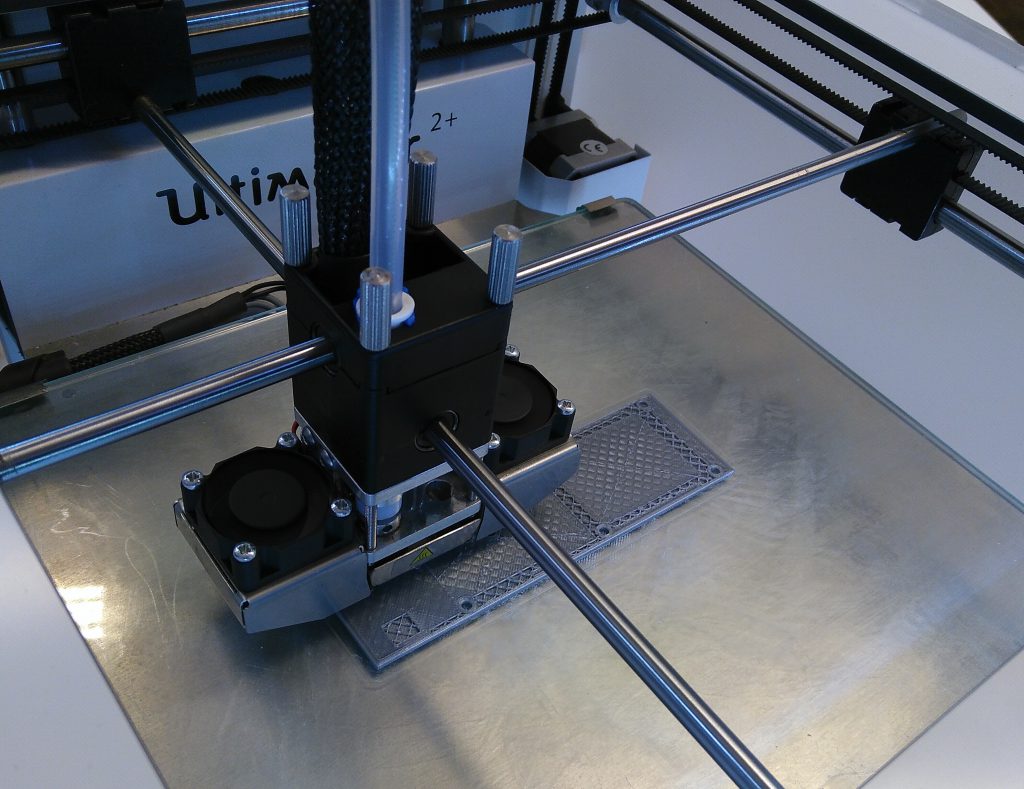 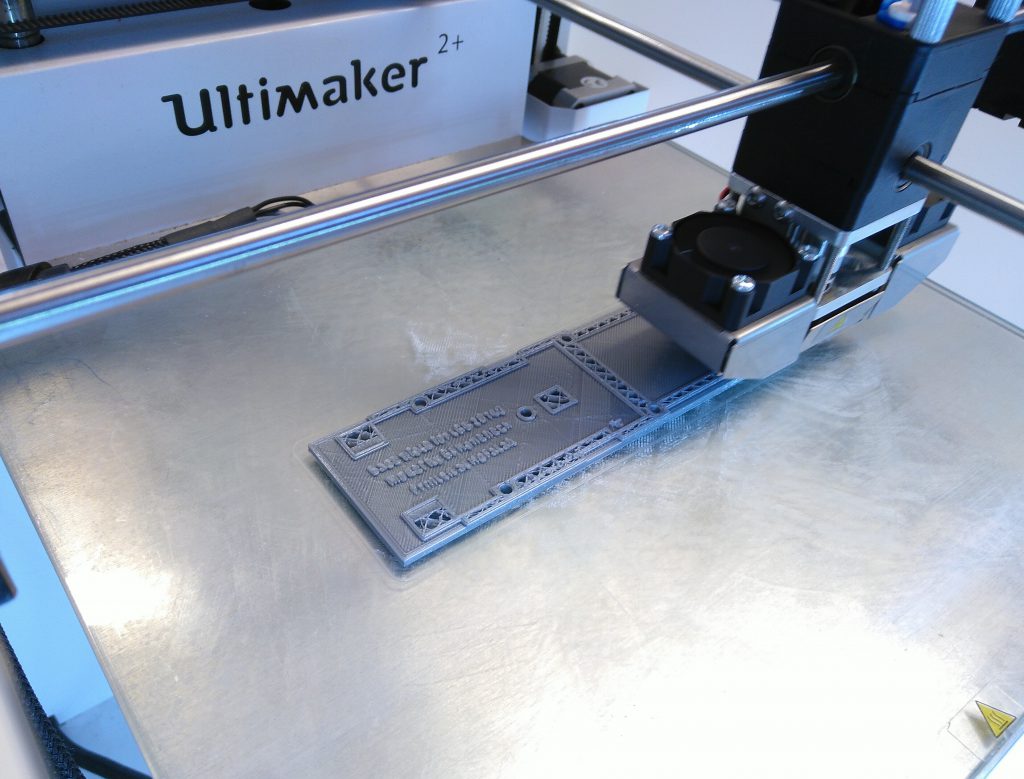 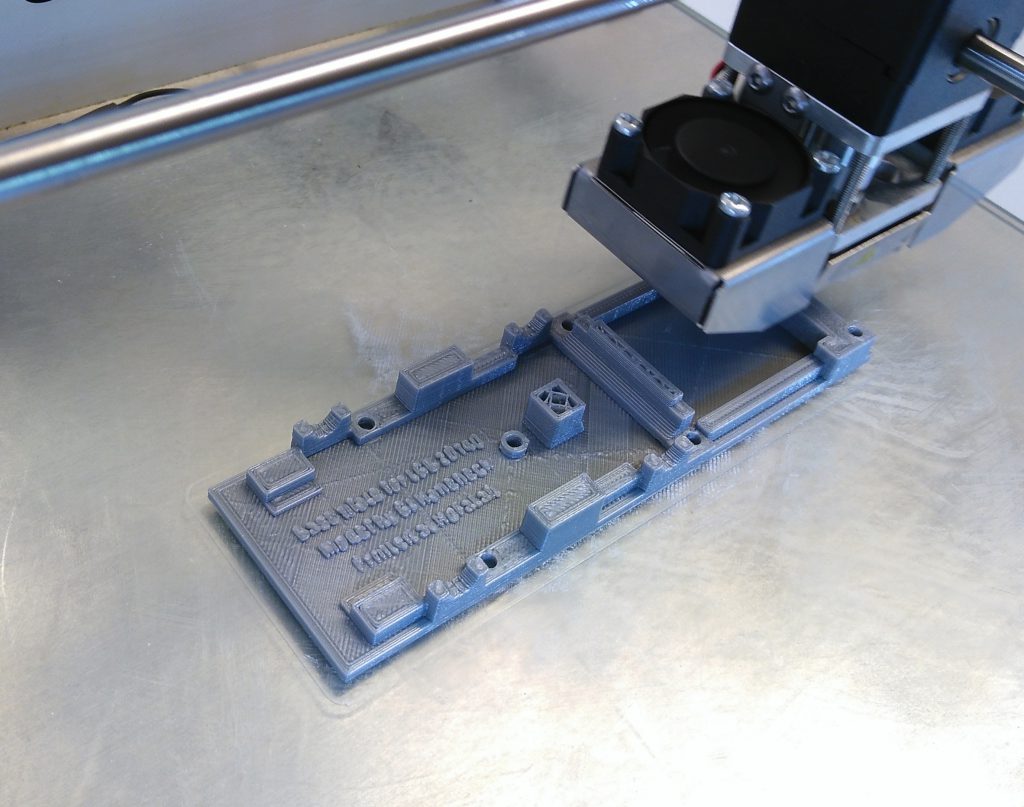 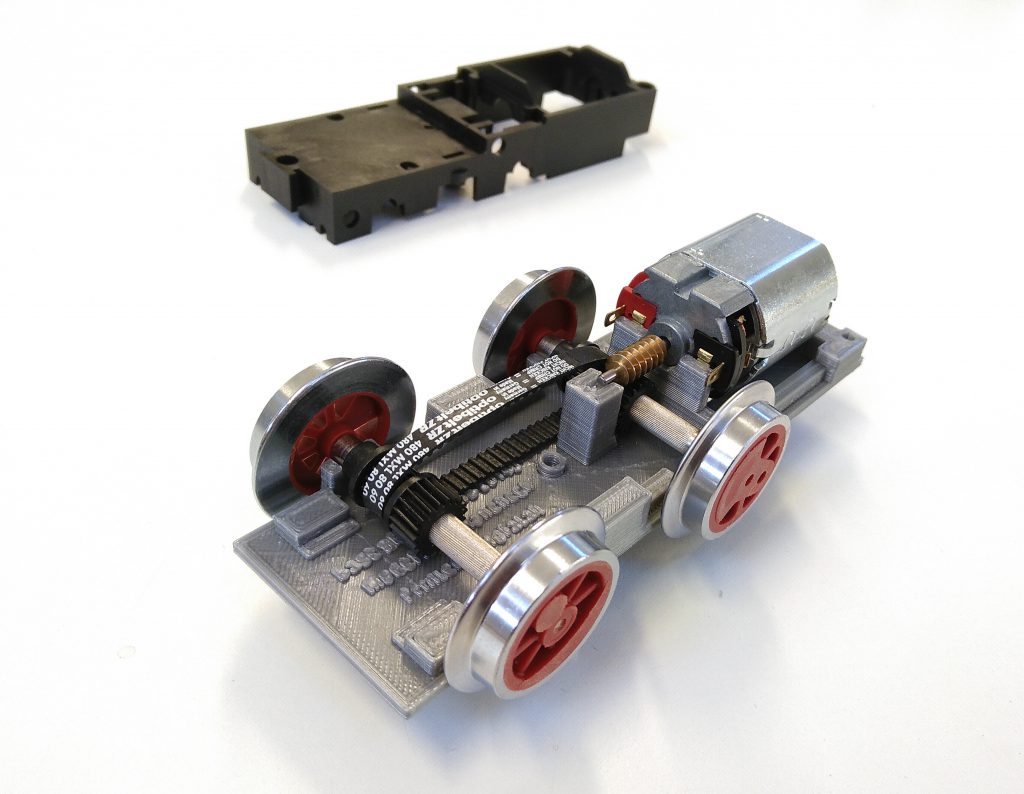 These workshops were also an opportunity for us to repair old 3D printers that were kindly donated to us (Thanks to Kalle and Christian!). Once fixed, these 3D printers will of course be available to all in our lab in the future! Thanks to Claudia too, for letting us use her Ultimaker. 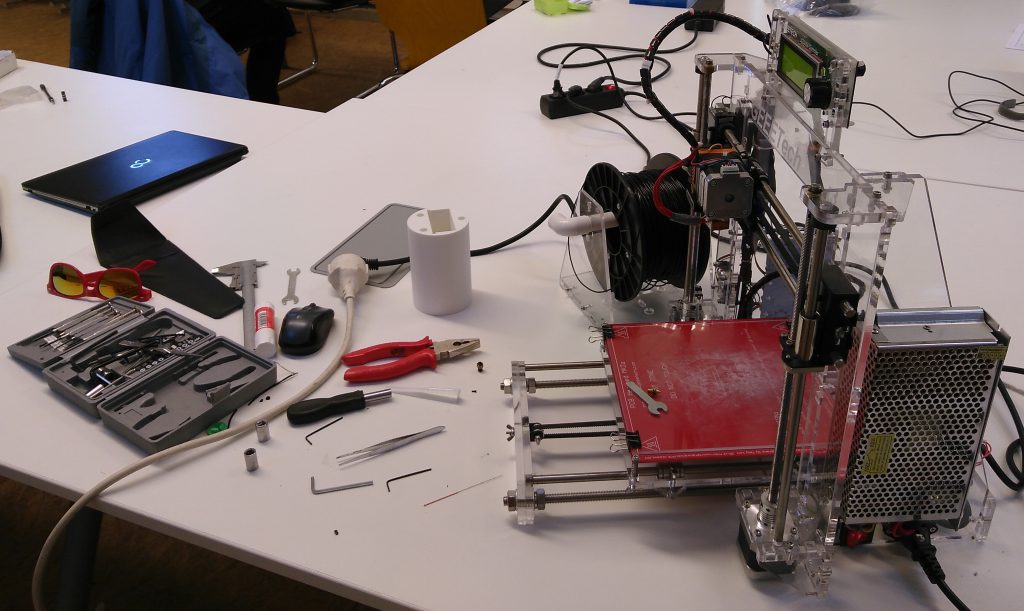 Now that the Processing and 3D printing workshops are over, we’ve decided to organize Creative Afternoons (on weekends) where everyone has the opportunity to continue working on their projects. The exact dates of the “Creative Afternoons” can be found in the calendar, on our “Events” page.

This website uses cookies to improve your experience while you navigate through the website. Out of these, the cookies that are categorized as necessary are stored on your browser as they are essential for the working of basic functionalities of the website. We also use third-party cookies that help us analyze and understand how you use this website. These cookies will be stored in your browser only with your consent. You also have the option to opt-out of these cookies. But opting out of some of these cookies may affect your browsing experience.
Necessary Always Enabled
Necessary cookies are absolutely essential for the website to function properly. These cookies ensure basic functionalities and security features of the website, anonymously.
Functional
Functional cookies help to perform certain functionalities like sharing the content of the website on social media platforms, collect feedbacks, and other third-party features.
Performance
Performance cookies are used to understand and analyze the key performance indexes of the website which helps in delivering a better user experience for the visitors.
Analytics
Analytical cookies are used to understand how visitors interact with the website. These cookies help provide information on metrics the number of visitors, bounce rate, traffic source, etc.
Advertisement
Advertisement cookies are used to provide visitors with relevant ads and marketing campaigns. These cookies track visitors across websites and collect information to provide customized ads.
Others
Other uncategorized cookies are those that are being analyzed and have not been classified into a category as yet.
SAVE & ACCEPT